What is balletcore fashion? The trend mirrors athleisure, but is more feminine


Fashion trends can certainly be diverse. The one that is making its round on social media at the moment takes a cue from ballet.

People are seen posting pictures of themselves in ballerina outfits, which comprise everything from tutu skirts and earmuffs to flat footwear.

Trend specialist Nick Drewe, from shopping site WeThrift, says that the aesthetic is about embracing the body and feeling comfortable. To him, it is a trend that sits close to athleisure – a category that has rapidly grown in popularity over the last few years.

“But balletcore embraces a softer, more feminine and layered approach,” he explains.

Read more: Want to look like Ariana Grande or Barbie? The high ponytail makes a comeback

Pinterest reports that the search volume for this aesthetic has increased 1,566% since the beginning of the year.

Search for the hashtag #balletcore on TikTok and scores of posts will appear. They have a total of over 7.6 million views. Scroll through the videos and you will notice that almost all can be associated with fashion. 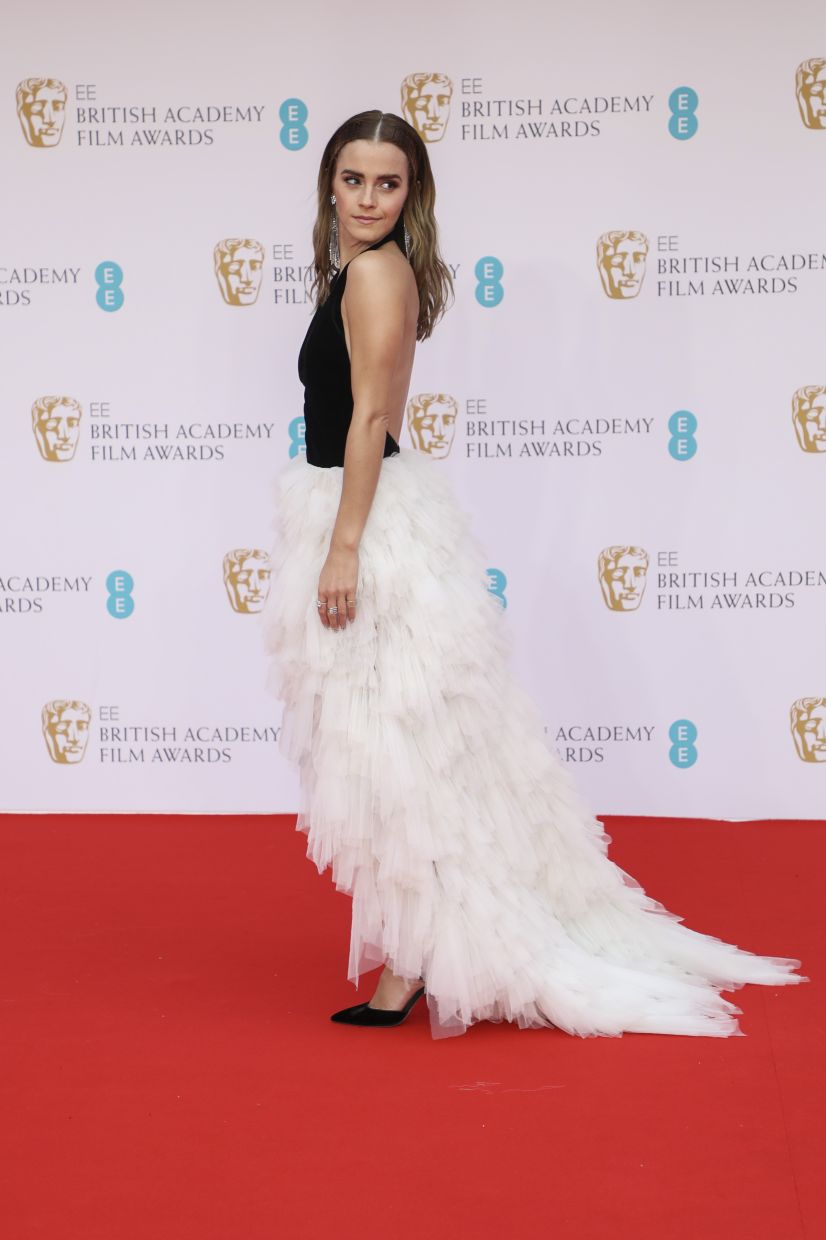 Emma Watson poses for photographers upon arrival at the 75th British Academy Film Awards. Photo: APThe leg warmer has, of course, been established as the social media-approved accessory since January. But what about the other clothing items that a ballerina wears?

Maybe not worn all together in one outfit before this, but they have been appearing on runways and seen favoured by celebrities.

In television series Sex And The City, Carrie Bradshaw (Sarah Jessica Parker) wore a tutu skirt in the opening sequence. This became a defining look of early 2000s fashion.

Stylist Patricia Field later revealed its origins in a discussion for the Television Academy Interviews series. The outfit was a random decision.

“I was in a showroom and there was a bucket on the floor, for like, five dollars each or something, and I pull out this tulle skirt, and I’m like, ‘I don’t know, let’s just take this. We’ll see’.”

In the And Just Like That sequel last year, Bradshaw again sported a tulle skirt in one scene – generating excitement among fashion lovers.

Over the past two years or so, there has been several television shows that spotlight the life of ballerinas.

On Pointe, Tiny Pretty Things and Birds Of Paradise, they all portray the fashionable (and sometimes, the not so nice) side of ballet. Maybe, this is why balletcore is such a huge trend right now.

Celebrities have helped made it into a pop-culture phenomenon too.

Singer-songwriter and actress Olivia Rodrigo fashioned herself as a ballerina in the music video for her 2021 single Brutal.

When superstar performer Jennifer Lopez wore a green dress that had a sheer skirt to the iHeart Radio Music Awards recently, fashion magazines praised her for embracing the balletcore trend.

K-pop favourite Jennie of Blackpink slipped into a collared tutu dress for the launch of her latest collection with eyewear brand Gentle Monster last month. Actress Emma Watson looked somewhat like a ballerina when she appeared at the BAFTA 2022 Film Awards. Her Oscar De La Renta design had a tulle skirt and plunging leotard top.

A turn on the runways

Fashion houses have been inspired by ballerinas in the past. High fashion and couture especially, drew from the dance form to come up with beautiful designs.

Two years ago, the Museum of the Fashion Institute of Technology (MFIT) organised an exhibition titled Ballerina: Fashion’s Modern Muse.

“Certainly over the past number of decades, we can instantly recognise things that are inspired by ballet, whether it’s a flat ballet slipper, or a gown made from tulle,” Patricia Mears, deputy director of MFIT, told The Cut.

“Probably the most influential ballerina of the 20th century, (Anna Pavlova) did as much as anyone to take ballet to the far corners of the world. She was a very fashionable woman.”

Read more: Malaysian model wows, as she struts on the runway of Milan Fashion Week

The belief is that ballerinas took their presentation offstage as seriously as they did for their performances. To be in ballet, one needed to cultivate the proper personal image – and fashion helped in “dressing up” that veneer of perfection.

Among the labels featured in the exhibition were Chanel, Christian Dior, Pierre Balmain and Charles James.

Kousouni was chosen to choreograph and perform in the ballerina-inspired Autumn/Winter 2019 haute couture show. She met the designer when Kritharioti created costumes for the Greek National Opera’s production of Romeo And Juliet.

Unsurprisingly, she wore a design by Kritharioti on the runway.

“The most beautiful tutu ever by (Celia Kritharioti),” Kousouni gushed on Instagram at that time. “Fashion and ballet can be perfectly matched.”