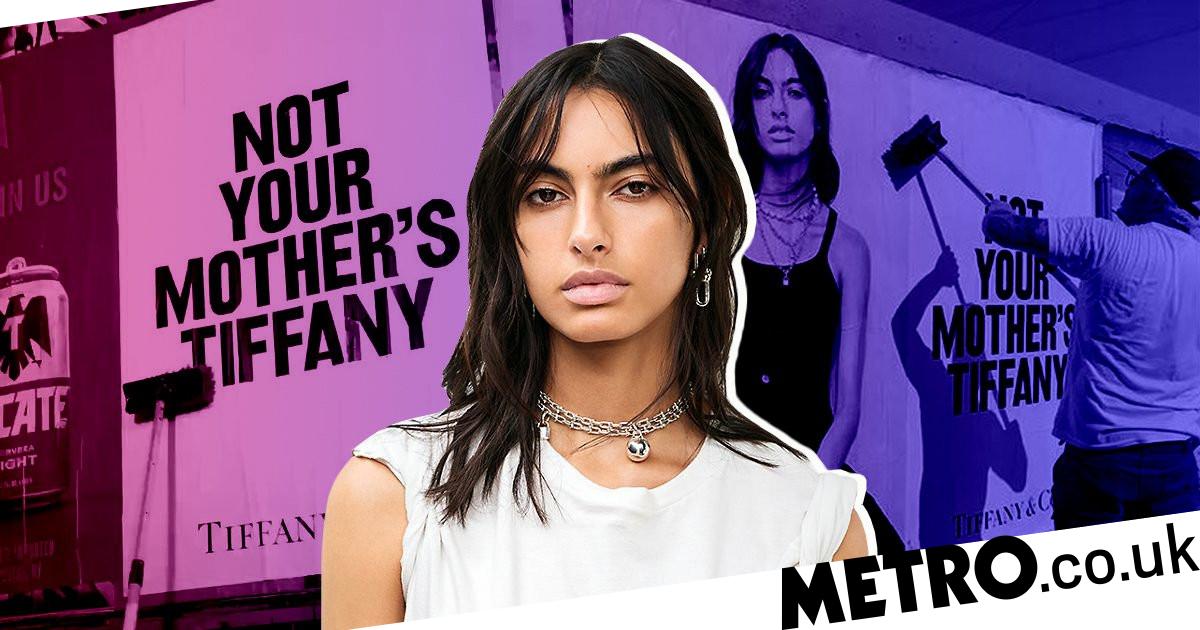 Why is the beauty and fashion world so obsessed with buying into youth?

When Tiffany & Co launched their #NotYourMothersTiffany campaign, it was met with backlash.

The heritage brand is clearly trying to attract a younger clientele with this campaign by appearing cool and fresh – supposedly unlike a middle-aged woman, and distanced from their elegant Audrey Hepburn style glamour.

On one hand, people felt the slogan alienated Tiffany’s core audience (perhaps achieving their aim) but some also felt it was tone deaf given the luxury cost of Tiffany pieces, which are out of reach for many millennials and Gen Z shoppers.

A post on the company’s Twitter account reads: ‘Who you calling old fashioned?’ – others say: ‘Uncool, you say? Tell us more’ and ‘This ain’t no old school’, so despite the criticism, the brand are still pushing this narrative hard.

One Twitter user responded that the rebranding is ‘falling so flat… who do they think can afford/is buying Tiffany?? worst researched ad campaign possible’, with echoes of this sentiment all over the platform.

We reached out for comment from the brand, though they didn’t provide a response on their motives here.

This recent happening in the fashion world is telling of a wider story around our dislike of ageing and how that affects what we buy.

We’ve been told for years that sex is what sells, but perhaps this was shortsighted, no longer resonates so strongly today, and is gendered towards cis straight men.

Now we seem to have shifted into a phase of brands focusing on youth and coolness, so it’s no surprise Tiffany want to cash in on this – we only need to look to brands like Glossier, who capture that aesthetic so well, to see the potential success.

When Glossier, for example, did something that prompted backlash from its younger audience – using glitters that weren’t biodegradable – they pulled the product and went back to their cool, young and fun image.

What’s potentially uncool about Tiffany’s campaign is that it directly addresses age – and the idea of explicit ageism isn’t so palatable.

But the point remains, as a collective societally we often aspire to appear contemporary, with the times and on trend.

Things that feel aged are only cool-passing if they are unabashedly worn as vintage.

So why do we have such a complex relationship with ageing and consumerism?

Caroline Plumer, founder and lead therapist at CPPC London, who previously worked in branding, tells us that our inherent dislike of ageing and seeming old is subconsciously rooted in a primal, morbid fear around death.

‘Psychologically we all know that inevitably one day we’re going to die and we’re aware of it but the only way we can live our lives is to not connect with it too deeply on a day-to-day basis,’ she explains.

‘We’re very rarely given the flip side of ageing, which is people that are comfortable in their own skin for example.

‘We see youth as beauty, we dye our hair to look younger, so we’re very focused on the aesthetic of youth and for that to be something that’s prized.’

Caroline believes the landscape has changed over the last couple of generations – thanks to a boom in things like cosmetic procedures.

‘People really retain their youth now [due to treatments and fashion],’ she says, which is the result of increased anxiety around getting old, while also working as a breeding ground for further anxiety as the pressure mounts to keep up with these trends.

‘This kind of marketing, when we’re saturated in it, send a message that “it’s not cool to be old or okay to buy certain brands” – it’s telling us we don’t have value or worth anymore,’ she adds.

‘A lot of older people talk about suddenly becoming invisible – you go from being smiled at on the street to not being noticed.’

Social media has an impact here as we curate our looks and lives in a proactive way that didn’t exist so strongly in the past – brands also need to keep up with this.

Dr Francesca Bonettiy, assistant professor at London College of Fashion, tells us brands are going to continue to tap into our desire to seem youthful.

‘Perhaps in years gone by fashion told the consumer what they wanted to buy, but these days it feels more like the consumer tells brands what to design, or a combination of both, thanks to social media.

‘We need to differentiate between brands that are dictating trends (the traditional luxury ones such as Gucci, Prada, Louis Vuitton) and emerging ones or fast fashion ones.

‘The consumer has definitely got a much more active voice, but brands need to listen to their customer and consumers while being truthful to their brand identity.’

More brands will, like Tiffany, shake off their old identity in favour of one that might catch a younger eye.

Beauty brand Crabtree & Evelyn did this a couple of years ago, switching from country florals to simple millennial pink and green packaging.

Karine Laudort, a fashion expert, is of the view that: ‘At any point in time, brands can go viral for the right or wrong reasons and social media can make or break them,’ and how they play with age will factor into that.

As fashion and trends are founded in a stronger two-way relationship between the brand and the consumer than ever before, ageism is an issue that’s rife in this world.

Karine says the ageism problem has become more apparent ‘since the digital space has evolved with new online platforms and social media networks and apps’.

‘This new way of consuming is in majority more favourable to younger people who have no issue spending money online and unfortunately, fashion conglomerates obviously care about numbers in sales and profit margins,’ she notes.

‘It definitely shows in the choice of the faces of most of the top brands that seem to think that younger faces are more popular and will appeal to a wider audience.

‘This has also led to the birth of a plethora of Instagram only or online only brands, leaving physical retail stores to struggle when no digital presence has been developed.’

The unhappy reaction Tiffany faced is revealing that we want rebranding to feel appropriate and still, somehow, inclusive.

Get in touch by emailing [email protected]


MORE : How can you tackle signs of ageing without needles?

The lifestyle email from Metro.co.uk

Get your need-to-know lifestyle news and features straight to your inbox.

Not convinced? Find out more