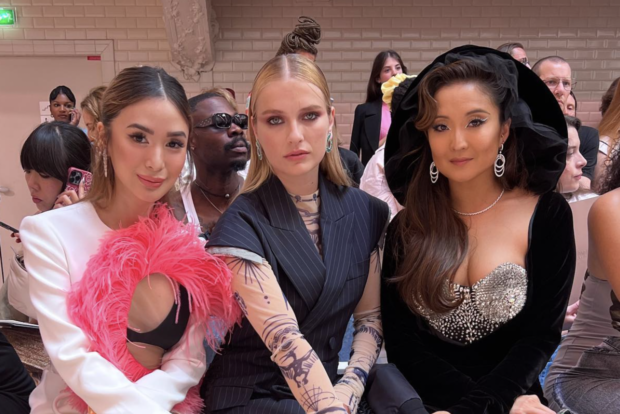 Heart Evangelista got to enjoy a front-row view of a fashion show in Paris while sitting next to “Emily in Paris” stars Camille Razat and Ashley Park.

The Kapuso actress showed herself with Razat and Park at the fashion show for Olivier Rousteing’s Jean Paul Gaultier Haute Couture Collection, as seen on her Instagram page today, July 7.

Evangelista also showed herself in a conversation with Razat and other attendees of the fashion show via her Instagram Stories today. 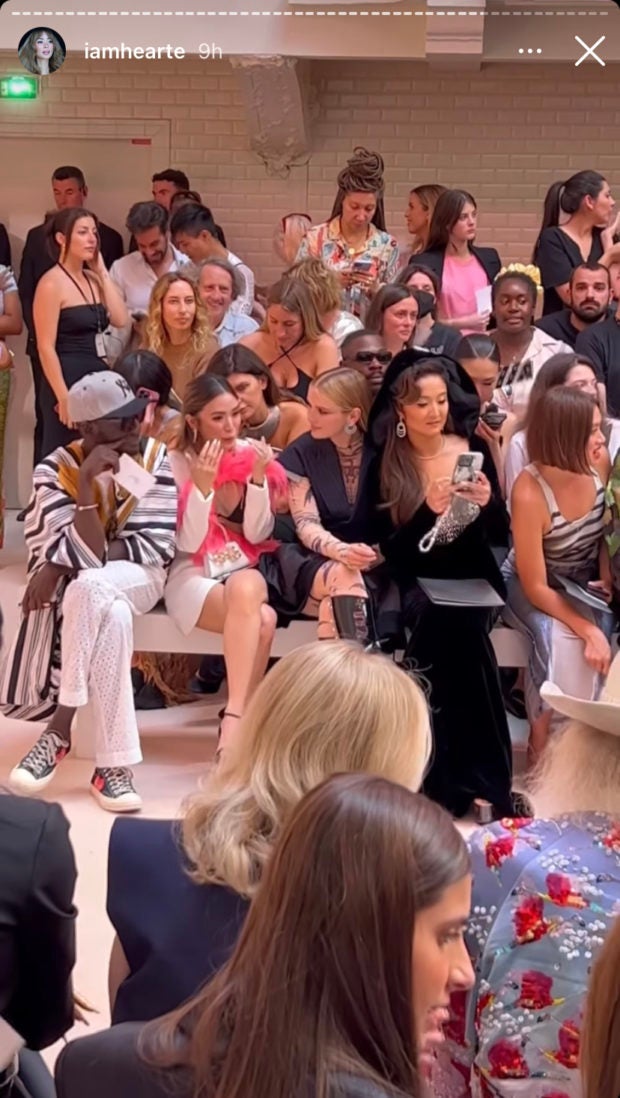 It appears Evangelista and Razat had a good time together during the haute couture fashion show as Razat expressed her appreciation over meeting the Filipino actress.

“Pleasure to meet you,” she told Evangelista. 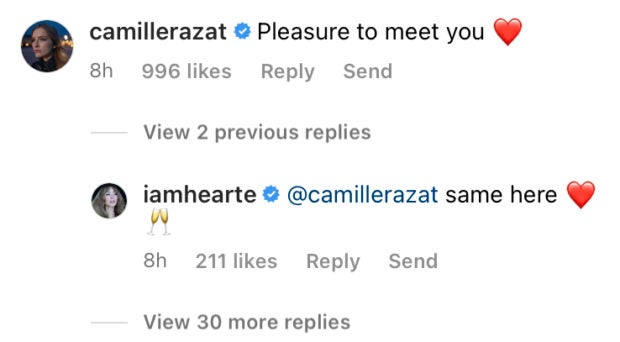 Razat and Park play Camille and Mindy in “Emily in Paris.” Their characters are friends with the main protagonist Emily Cooper, portrayed by British-American actress Lily Collins.

Aside from Razat and Park, Evangelista  recently met South Korean actress Song Hye-kyo at an event for a luxury jewel brand in Paris. She also walked the streets of the city in a modern Filipiniana named after her “second mother,” late Sen. Miriam Defensor-Santiago.  /ra

The hottest entertainment news straight to your inbox

Don’t miss out on the latest news and information.