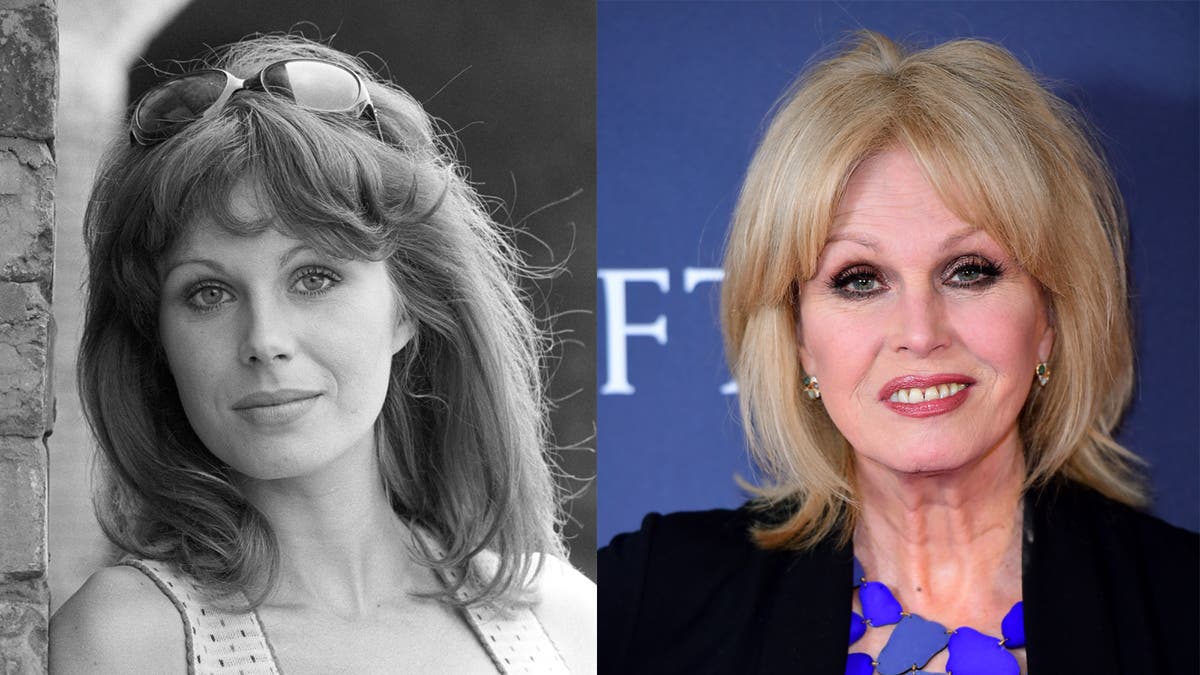 Is there an actor on earth more beloved than Joanna Lumley?

The veteran star, who celebrates her 75th birthday on May 1, is a true national treasure, adored as much for her on-screen performances – including the incomparable Patsy in Absolutely Fabulous – and silky voice, as she is for her activism and philanthropic efforts.

Not only has she enjoyed showbiz success with a career that has spanned seven decades, the model-turned-actor has achieved both sex symbol and fashion icon status.

Sixties: Model in the making

Born in India in 1946, Lumley moved to England as a child and attended boarding school. Having been rejected by the famous RADA drama school, she had no formal acting training and began her career as a model, working for three years, most notably with fashion photographer Brian Duffy.

At the age of 23, Lumley lucked out with her first big screen role, appearing briefly in Bond film On Her Majesty’s Secret Service in 1969.

Undergoing a radical transformation for the role, the actor was given a glossy, super-short bowl cut (that still somehow looked sexy), lots of Seventies-style black eyeliner and a wardrobe of glamorous outfits.

Lumley embraced the look in real life, cutting her hair even shorter at the end of the decade, though her own personal style was somewhat more demure than Purdey’s.

As her film career progressed, Lumley underwent another major transformation to play Countess Chandra in Curse Of The Pink Panther in 1983.

Donning a series of glitzy ruffled and feathered gowns, the actor’s dark brown hair was styled in tousled curls.

In the Eighties Lumley started to become involved in activism, appearing at a Friends of the Earth rally and visiting 10 Downing Street to present a letter protesting the closure of the D’Oyly Carte Opera Company.

Lumley’s most famous role came at the age of 45, playing the hilariously catty Patsy Stone in iconic comedy series Absolutely Fabulous, which began in 1992.

It looks as though the comedy character rubbed off on Lumley, as she started wearing designer skirt suits and statement jewellery off-screen too, albeit in a significantly more subtle way than her TV counterpart.

By now a regular on the red carpet, Lumley continued to impress with her outfits well into her 60s.

Usually opting for flowy or floral gowns, she often embraced bohemian prints and patterns that recalled her childhood in India.

Transitioning from the bright blonde of the Nineties, Lumley chose a softer, champagne hue for her hair, which was shoulder-length, with a flattering centre-parted fringe.

Still as glamorous as ever, it’s hard to believe that Lumley is now a septuagenarian. The actor said in an interview last year, while isolating at home in London due to the pandemic, that she’s scared she won’t be able to leave the house if she looks too old.

“So I keep dyeing my hair yellow,” she said, explaining that walking up and down the stairs shows that “even if I’m old, I’m still fine.”

Whatever she’s doing, it’s clearly working. Stylish and stunning at 75, Lumley is giving starlets half her age a run for their money on the red carpet.