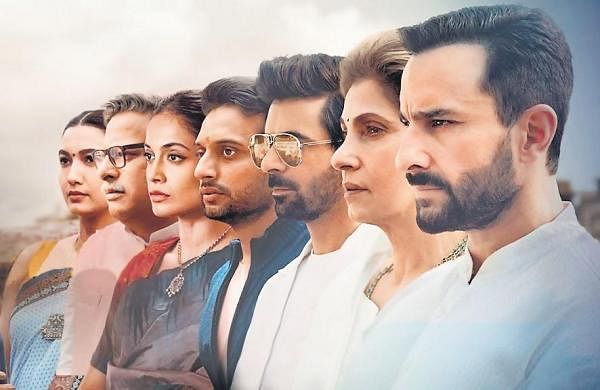 Last evening, in an attempt to quell the controversy around Amazon Prime’s series, Tandav, the makers issued an unconditioned apology for unintentionally hurting the sentiments of the public. This comes on the heels of the FIR registered in Lucknow against Aparna Purohit, an official of Amazon, series director Ali Abbas Zafar, producer Himanshu Krishna Mehra, screen writer Gaurav Solanki, and others.

Unlike the backlash from Twitter and right-wing groups, a few people find this controversy being blown out of proportion, and even a diversion tactic from real-life issues like the Hathras rape case and farmers’ protests.

“The movie Jaane Bhi Do Yaaro had a whole parody scene on the Mahabharata, and it was one of the iconic scenes in Bollywood. Nobody ever bothered to object against it back then,” says Delhi-based Senior Advocate Sidhartha Dave. “Filing FIRs has become fashionable lately, done either for publicity or political reasons.” He explains that Section 295A of the Indian Penal Code states there has to be a deliberate and malicious intent to outrage religious feelings of any class by insulting its religion or religious beliefs. “Movies are only made as part of the artistic license, so there is no question of the show being malicious or deliberate,” he adds.

Reacting to several BJP leaders calling for a ban on the show, activist Shabnam Hashmi says. “It seems the BJP and their followers, and similarly the Muslim right-wing wear their religious sentiments on their sleeves. The scene they are objecting to is just a play being performed by students in the web series.” Social activist and co-founder of Political Shakti, Tara Krishnaswamy, says the public should understand that movies are a work of fiction. “We should introduce a subject that teaches children that movies are movies and reality is reality so they don’t confuse the two when they grow up. People should stop acting as protectors of any given religion.”

Krishnaswamy feels people worry about movie scenes as opposed to real-life scenes. “If the police in UP, instead of chasing the ridiculous number of rapes, violence and corruption happening daily, have filed an FIR against a scene in Tandav, then they should resign and become film critics. It’s shameful they can’t handle the Hathras rape case, but are going after Tandav.” Hashmi adds that this controversy is just a diversion from the farmers’ protests. “I stand with the artistic freedom of producers,” she adds.

Historian Pushpesh Pant, who binge watched the whole series in a day fearing a ban,
says, “I think individuals filing complaints about the hurting of sentiments should not be so easy to do to harass somebody, whether it’s a film like Padmaavat, Tandav, or any other. Whatever Tandav is showing is two parallel stories, a track on JNU and the student movement with odd references of nepotism and dynastic succession. All of this is a part of our political and social reality, so what are we grumbling about? If we start objecting at this pace, there will be no filmmaking.”

Iti Tyagi, Co-Founder, Crafts Village, feels the controversy has brought forth two schools of thought. “One believes in creative expression, and the other says why should only one religion be targeted? While both are right in their own way, society gets crushed in between. I am an artist myself, and I do not believe in insulting any religion. One has to understand and give due respect to the sensitivity of people. One should always find a way of expressing one’s creativity so that no one’s sentiments are hurt.”

Actor Rohit Roy says we tend to over react. “A little bit of creative freedom that a filmmaker sometimes indulges in is without the intention to harm or sully any particular religion.” Still wondering what this fuss is all about is actor Dipannita Sharma. “It was a good political thriller. I watched the entire series, and I didn’t even notice anything like that [hurtful to religious sentiments]. We are really making a big deal out of nothing.”

— With inputs from
Rajkumari Sharma Tankha