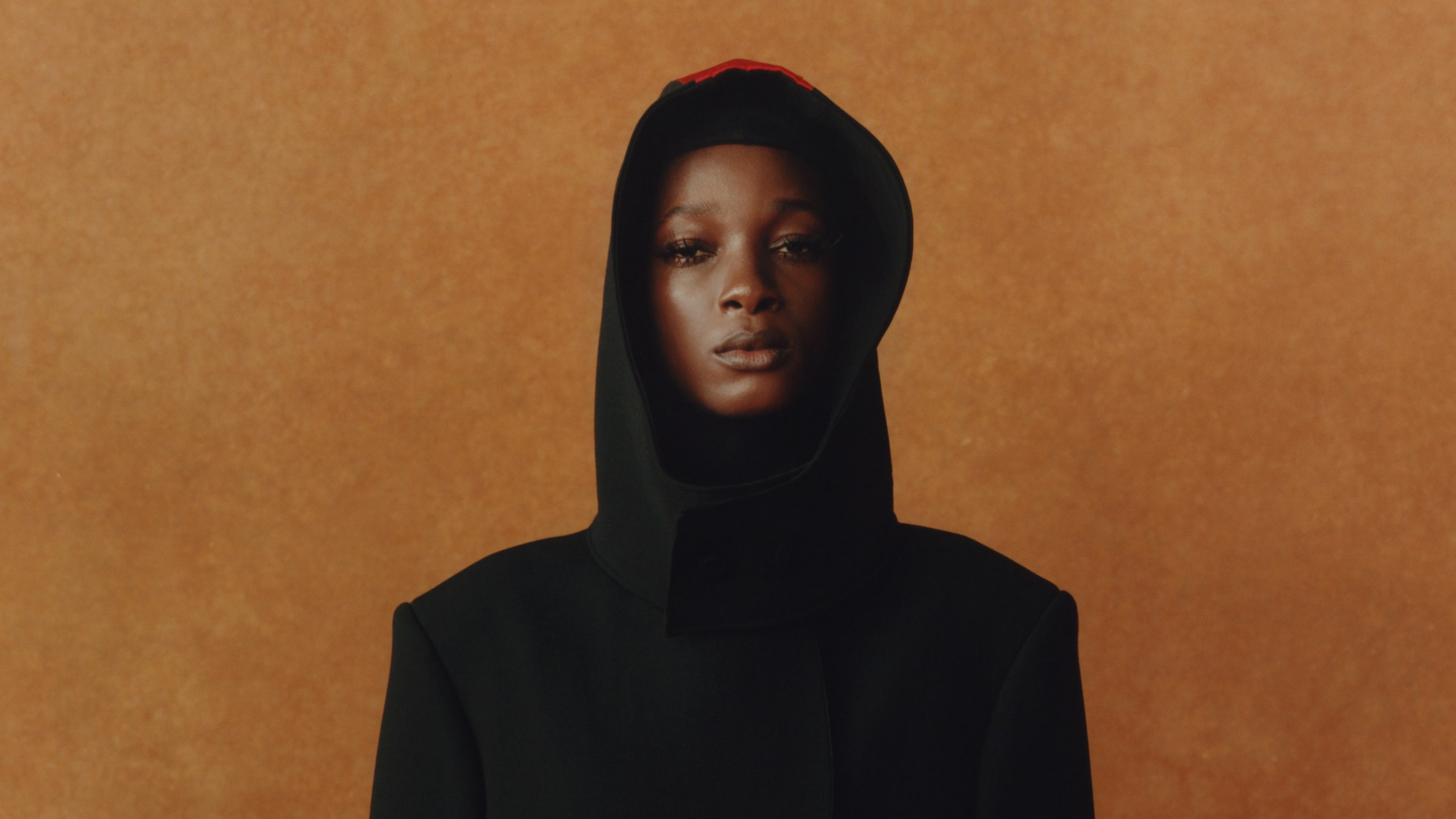 There are more clever things going on with capes, coats that are part-scarf, and a pink jersey minidress that has a swooping almost sari-like drape. Still photographs can’t capture what these fluidly sculptural things are, but they’re curiosity-piquing. It could be that Goom’s coming up with things no one’s ever quite thought of before that are simultaneously also quite wearable. That’s a cool prospect.

There are innovations and then there are novelties. Lulu Kennedy picked up a bit of the latter with Hannah HRH, a self-taught former costume designer and gymnast who makes girly accessories. Hannah, who doesn’t add a surname to her profile, is big on luxury scrunchies and bags so minute that she recommends them for carrying a pair of AirPods. There are padded gauntlets, which she describes as nonsensical yet fun, and quilted bonnets that are still fun but probably more useful on a cold day. Hannah HRH has also made a muff-bag and—wait for it—a “ scrunchie-thong,” which she says she can “see someone wearing over tracksuit bottoms.”

Newcomer Jawara Alleyne was raised in Jamaica and the Cayman Islands, and graduated Central Saint Martins M.A. in the class of 2020. For fall, he’s crafted an entire mythologically inspired narrative into a collection that argues for a new vision of masculinity, made from repurposed materials. “The story is of a captain gathering her crew to save Sun City on the ship Renegade,” he said. “It’s a film in my head. I look a lot at my culture, growing up in the Caribbean. There are a lot of references, looking at Rastafarianism and the music I was listening to growing up—underground dancehall, trip-hop, punk—and how reggae started out of a fight for what’s right,” he explained. That took him on a journey to describe multiple characters woven from deep histories, looking at Indigenous tribes in the Amazon and Panama, as well as the Ashanti, and weaving together strands of identity and spirituality, arcing through time and cultures.

In Alleyne’s script, the ship and crew are on a mission to battle evil and arrive at a new consciousness of what masculinity means. “I was putting myself in the frame of mind that each of the crew is making their own clothes, because there’s a lot of craft where I come from,” he said. “It’s about examining the way we work with fabric and figuring out how to tell a new story out of the past. Looking at history, recontextualizing it, and putting new narratives on it.”