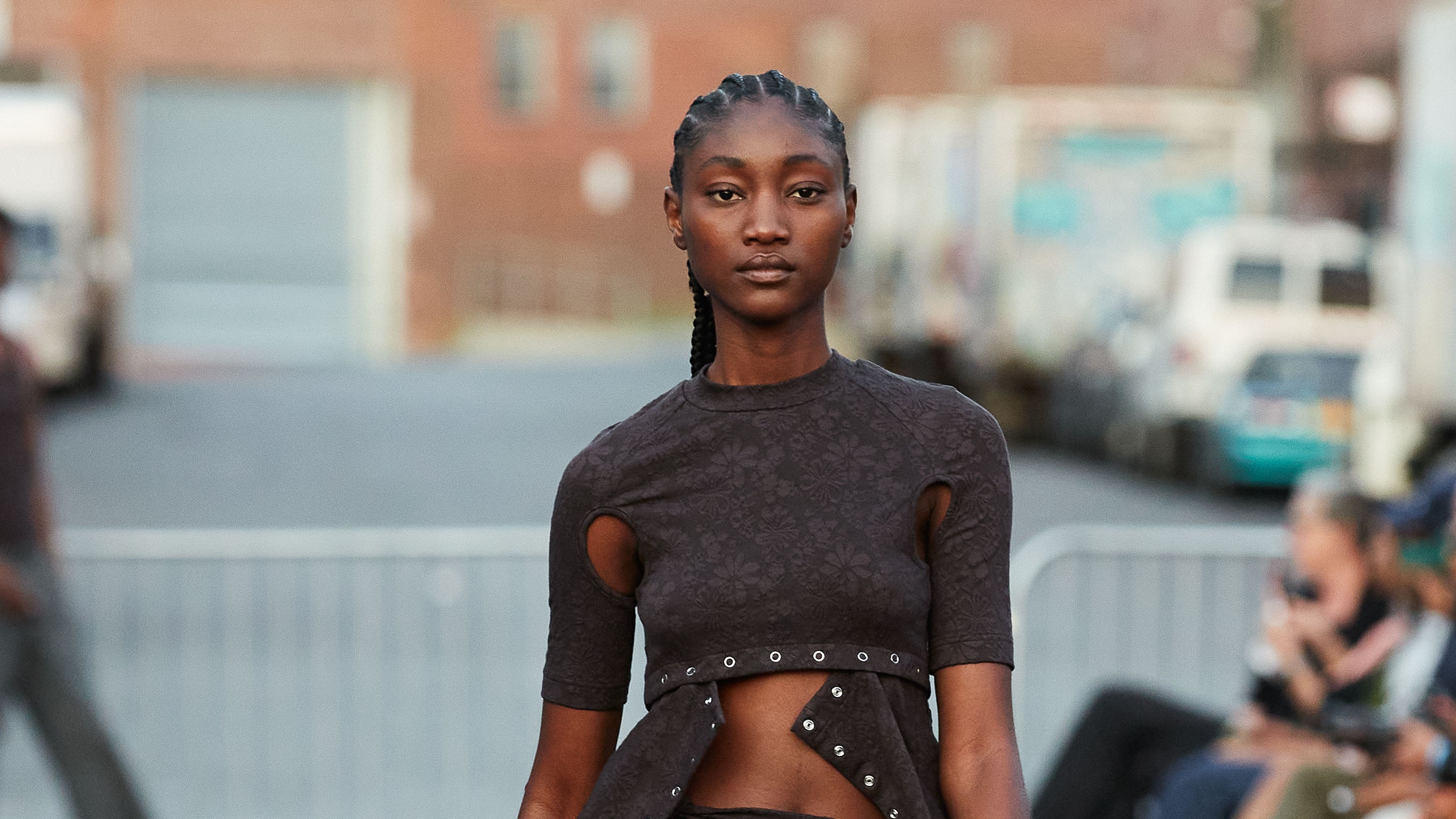 I want to be the first to apologize about Eckhaus Latta’s show being one hour and one minute late. The situation was cruel: Another big-time brand was showing on the Hudson River, 54 minutes away from Eckhaus Latta’s usual spot on Scott Avenue in Bushwick. Critics, editors, and other members of the press were forced to choose between the two shows, and a few of us were tasked with reporting on both.

In my long, long car ride, the irony set in that I was leaving a show about connecting with the youth of New York to sprint to Brooklyn to find both young and establishment New Yorkers waiting to see what Mike Eckhaus and Zoe Latta cooked up. The Drunken Canal’s Claire Banse and Gutes Guterman called it “the show, the only show!” of New York Fashion Week, but it was obvious from the hundreds of people crowded into their seats, including Rosalía and Troye Sivan, and in the standing section that they weren’t exaggerating.

Mike Eckhaus and Zoe Latta have built up such goodwill not only because they are thoughtful designers and kind people, but because they are consistent. Of all the New York brands, they were the only ones to figure out how to have an intimate live show in September 2020. Even in the bleakest of times, even when they don’t have the answer just yet, Eckhaus and Latta are pushing forward, striving, trying—and they are not compromising for anyone, even the fashion system that squashed their show in the middle of a rushed day.

Both Latta and Eckhaus had a reckoning with their own bodies this past year; she became a first-time mother, he had a breakup and then the requisite hot boy summer. “We’re going through different things, but we both have a desire to just be fucking real,” said Latta. So let’s get real: We’re all held together by a string or a snap, doing the best we can. The sign on the building behind the runway read “Enlightenment.” After that show, I’m feeling good about fashion.