The striker, 25, wore huge pink glasses in the front row at the Versace show, where he met fashion house chief Donatella.

Everton ace Dom is known for his eccentric fashion taste.

He also sported a neon green top and multicoloured scarf with shorts.

As Elton might say, I Guess That’s Why He Scores for the Blues.

This year alone the striker has been snapped wearing a dazzling all-pink suit and woollen tank top. 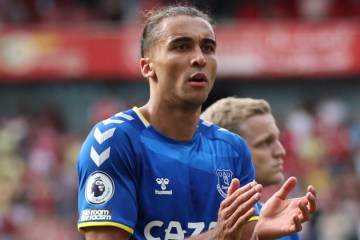 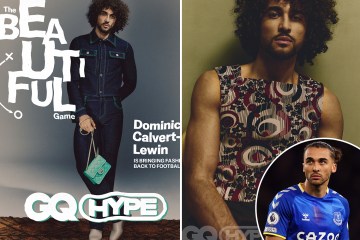 In April he posed in a series of luxury designer outfits with expensive accessories for GQ.

Dom has said he wants to be a “standard-bearer for new flamboyance”.