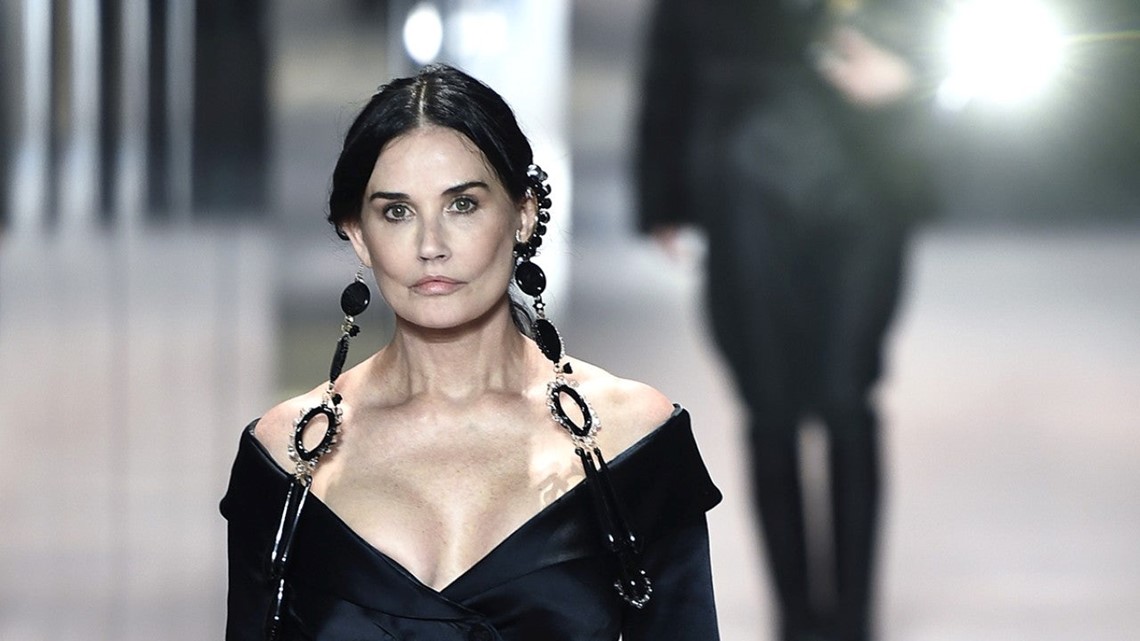 If you’ve been keeping a finger on the pulse of the latest fashion news, chances are you already know Spring 2021 Haute Couture Fashion Week is happening now.

Despite the circumstances surrounding the coronavirus pandemic, major fashion houses like Christian Dior, Chanel, and Valentino have been showcasing their most elaborate designs in Paris with equally eye-catching fashion shows (all with social distancing protocols, empty or near-empty audiences, and private appointments).

While the magic of Couture Week is undoubtedly found in each designer’s creations, there’s always an added level of excitement when something unexpected happens. Case in point: Demi Moore‘s surprise appearance at the Fendi Couture Show. The 58-year-old actress opened the runway show — which featured dark, romantic and 1920s-inspired looks from Kim Jones — wearing black satin wide-leg trousers and a coordinating off-the-shoulder blouse, which flared at the waist. Moore also wore long, dramatic statement earrings and carried a boxy clutch.

Fendi’s couture show puts a high-fashion take on social distancing, as its diverse cast of models — which included both men and women — walked down the runway and through clear, maze-like halls (which were made in the shape of the label’s logo) to separate and spaced-out ending points.

This isn’t the first time Moore has appeared in a major fashion show. Last fall, she made an appearance in Rihanna‘s star-studdedSavage x Fenty Fashion Show, Vol. 2, which also featured celebs like Bella Hadid (who also walks in Fendi’s latest show), Lizzo, Willow Smith, Cara Delevingne, and so many more.


Every Celebrity Who Appeared in Rihanna’s Savage X Fenty Show