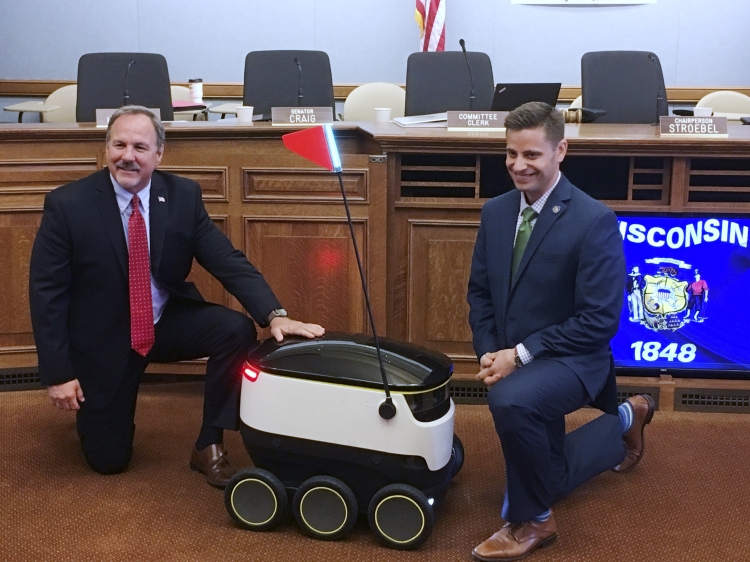 Conservative Movement Is Not Doomed — Just Look to Wisconsin

It’s fashionable in the media to declare the conservative movement doomed following the presidential election. And with razor-thin margins making Wisconsin and other Midwestern states key battlegrounds, it’s equally fashionable to credit a rebuilt “Blue Wall” for the outcome.

What is fashionable is often flawed.

When a party is out of power nationally, the states are where it can (and undoubtedly will) rebuild. And Wisconsin – home of the famed “Cheesehead Revolution” that ushered in sweeping conservative reforms and unrivaled national leadership 10 years ago – is America’s strongest model for a durable conservative movement. The Badger State’s enduring impact of state reforms, out-sized influence of center-right organizations providing intellectual capital, and unparalleled grassroots political infrastructure all point toward an eventual Cheesehead Revolution 2.0 – and demonstrate how conservatives can forge a path elsewhere.

But it was the reforms of Walker, Assembly Speaker Robin Vos, and Senate Majority Leader Scott Fitzgerald that show how state policy outlasts political winds. During their time in office, expansion of school choice across the state led to an explosion of growth in private school vouchers from 20,189 students in fall 2010 to 40,037 in fall 2018, according to data compiled by School Choice Wisconsin. Income tax cuts and property tax caps have given Wisconsinites their lowest tax burden since 1970, according to the Wisconsin Policy Forum. Public sector employees have the freedom to leave their union and decertify it, resulting in the number of union members decreasing by 31% since 2013, according to the U.S. Bureau of Labor Statistics.

“The structural reforms enacted since 2010 are still paying dividends today,” Grover Norquist, president of Americans for Tax Reform told us. “There are also lesser known achievements that don’t get as much notoriety but are also noteworthy, serving as models for reform that governors and legislators in other states are looking to adopt in the coming year,” such as the Regulations from the Executive in Need of Scrutiny (REINS) Act, which gives the legislature more oversight over proposed regulations.

Walker’s successor, Democrat Gov. Tony Evers, has been unable to reverse free market policies in the face of strong public support and a conservative legislature.

Just as conservative solutions endure, so does Wisconsin’s unparalleled freedom infrastructure. The state, despite being mid-tier by population, boasts nearly a dozen nonprofits (which we work with) dedicated to free markets, limited government, and education reform. This is anchored by The Lynde and Harry Bradley Foundation, which supports organizations with values aligned with their goal of advancing the principles of American exceptionalism. Wisconsin’s freedom infrastructure is a tour-de-force in pushing back against the progressive wave with timely policy analysis, pro bono litigation, community engagement, and reporting.

The state’s backbone is grassroots organization. Local county parties and the state party benefit from a grassroots army that is the envy of many states. Even in less triumphant times, Wisconsin conservatives have over-performed – losing the governor’s race by just one percentage point and maintaining their legislative majorities in 2018 while other key battlegrounds like Michigan and Pennsylvania faced washouts, and bringing the 2020 presidential race to within one point despite national polls predicting a double-digit loss.

All of it adds up to a conservative movement that is not only alive and well, but continuing to show the nation how to engender future revolutions. This is fitting for a state that is not only credited by the left for much of progressivism but is also the birthplace of the Republican Party.

Incoming state Senate President Chris Kapenga (pictured, at right) said Wisconsin’s still-strong Republican legislative majorities will carry on the conservative tradition of Act 10 with new reform: “Because it was the right thing, people have rewarded us. So we want to keep doing the right thing as new leadership comes into the Senate – we recognize the importance of that.”

While the Beltway media will spill untold ink fantasizing about a post-Trump Republican Party, for Wisconsin conservatives, there is no time for rest – and certainly too much at stake to even consider it.

Szafir is president of the Institute for Reforming Government, a think tank in Madison, Wis.

Reisinger is president & chief operating officer of Platform Communications and a strategic advisor to the Wisconsin Institute for Law & Liberty. He worked for both Sen. Ron Johnson and Gov. Scott Walker.